The Liskeard and South East Cornwall Breather's Group's proudest moment so far was in 2013 when it received the Queen's Award for Voluntary Service for "Providing advice, support and social activities for people who suffer from long term health conditions" as it said in the citation. 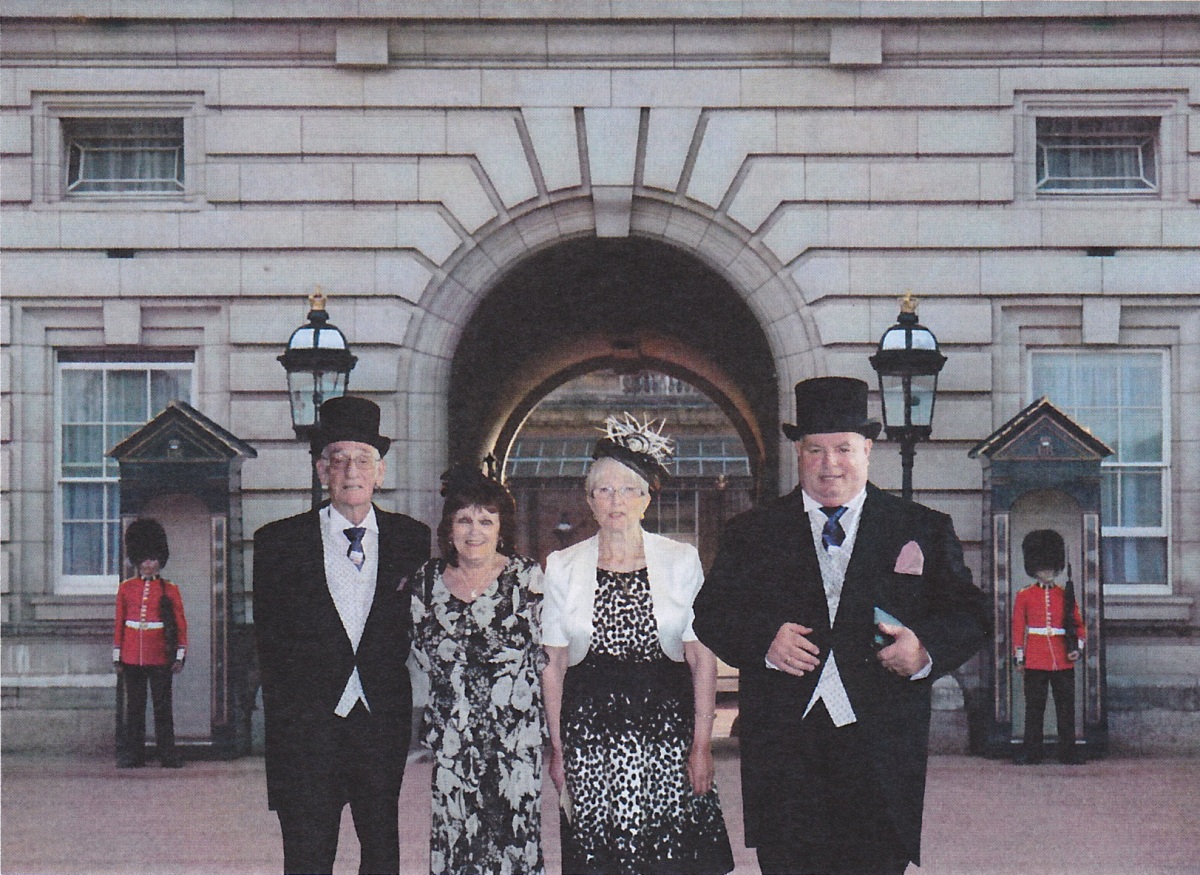 In January 2013 the group received an invitation for four of its members to a Queen's Garden Party at Buckingham Palace. It was attended on 6th June on behalf of the group by Mick Elliott, Jenny Jenkins, Linda Williams and Joe Barr, four of the original founder members. To watch a video of the event click here.
On 17th May 2013 the group was officially notified that it had been confirmed as a recipient of the Queen’s Award for Voluntary Service for 2013. The official letter of congratulation arrived on 2nd June. 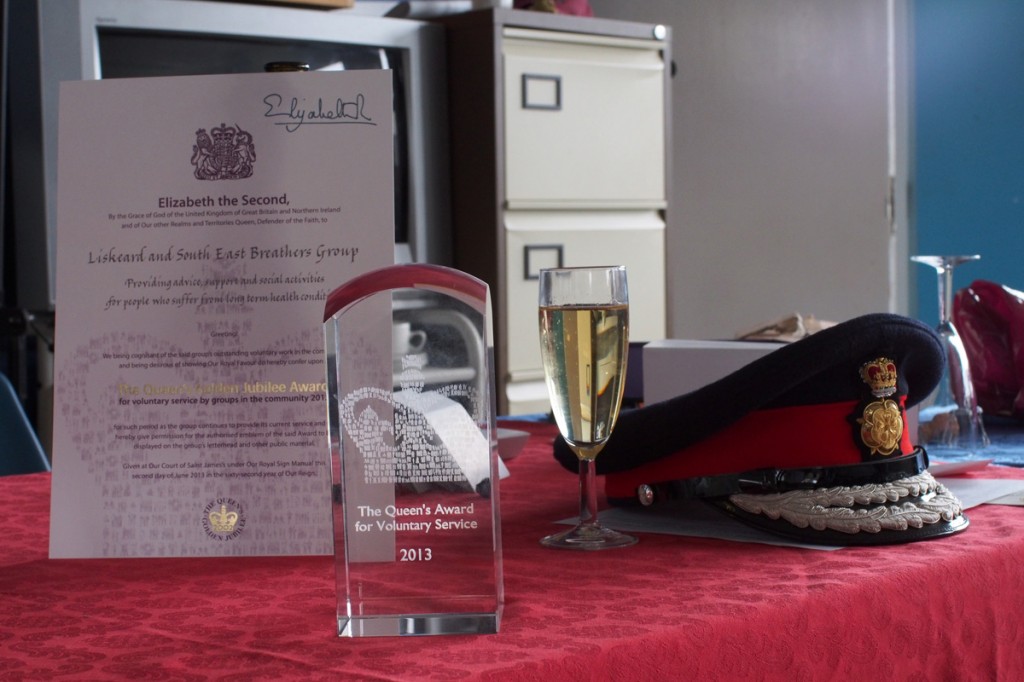 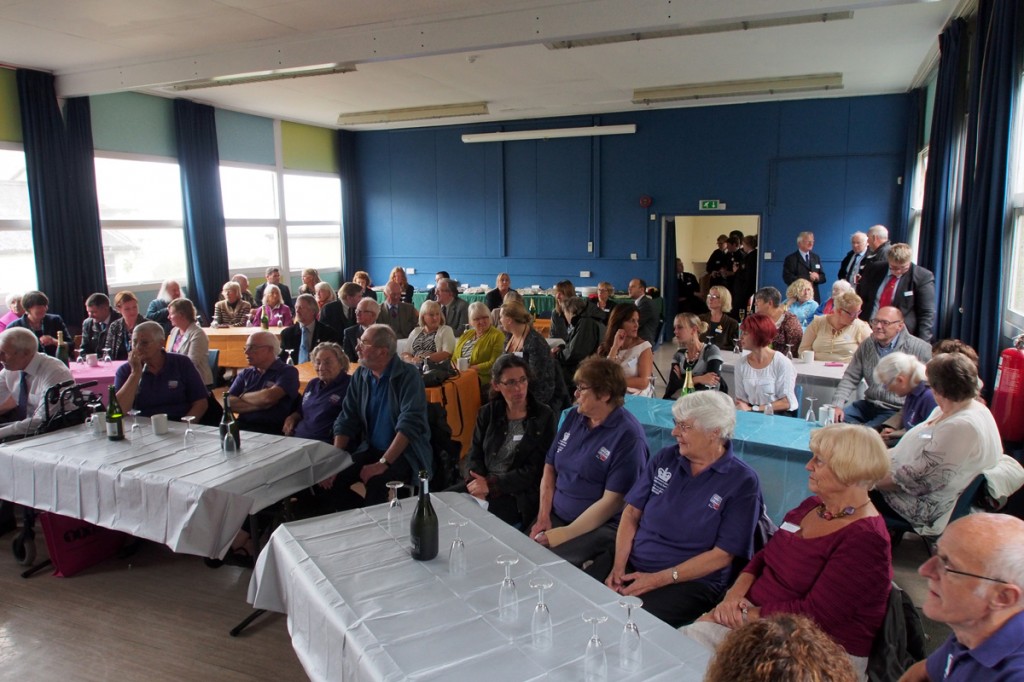 On 17th September 102 people arrived to help the group celebrate the presentation of the Award. This included partners of the group members, the many professionals, sponsors and volunteers who have helped the group and members of the Liskerrett centre staff who have provided much support for the group over the years.
The Lord Lieutenant of Cornwall, Colonel Edward Bolitho, then arrived to present the Award to the group. He congratulated the group on its achievement saying that such awards were not given lightly. 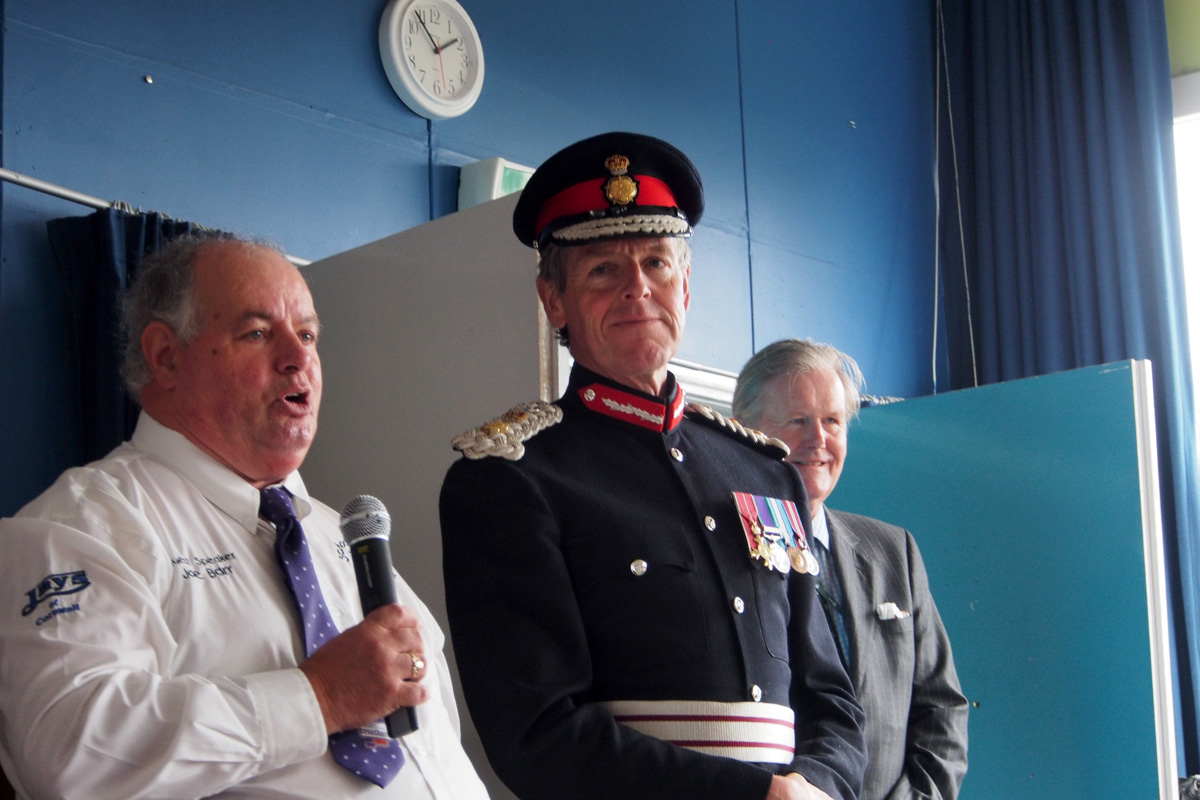 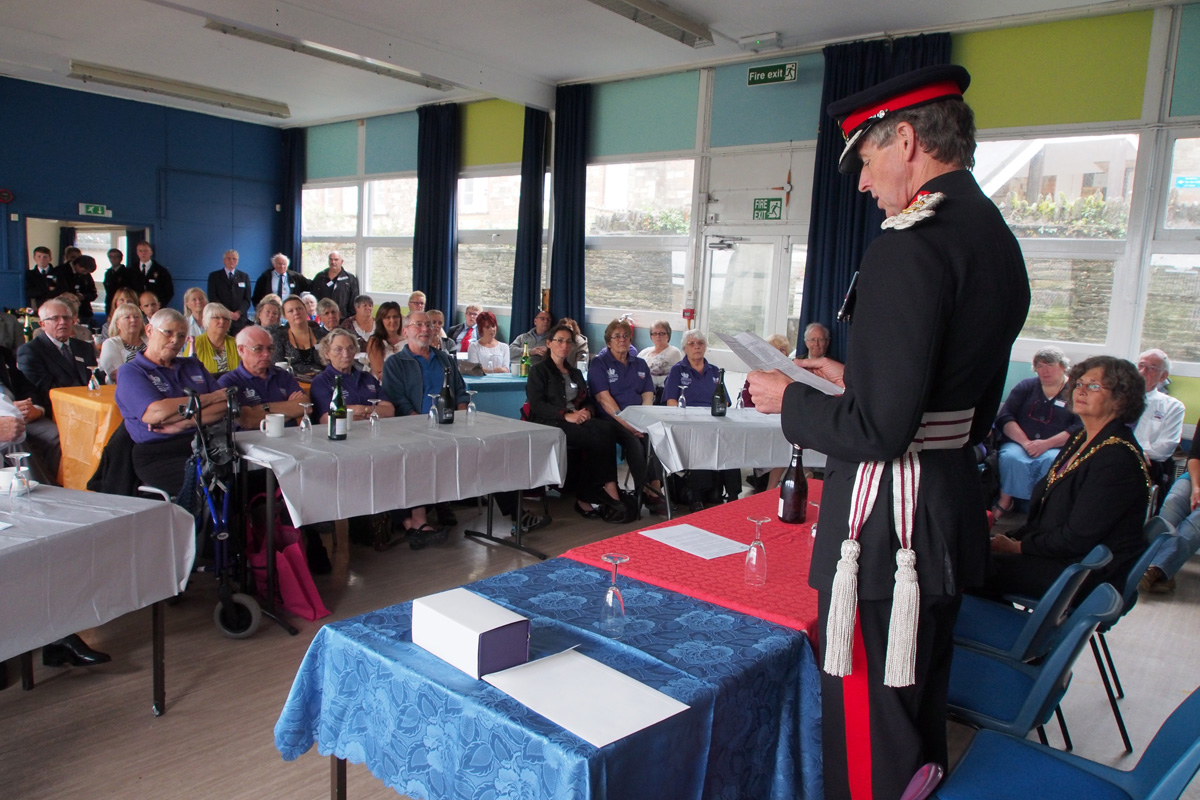 He then read out the citation which his team had sent up to Buckingham Palace as their recommendation that the group should receive the award, followed by a reading of the certificate that accompanies the award.
The Lord Lieutenant then presented the trophy to the group, which was accepted by David Cogger, the oldest member of
the group. 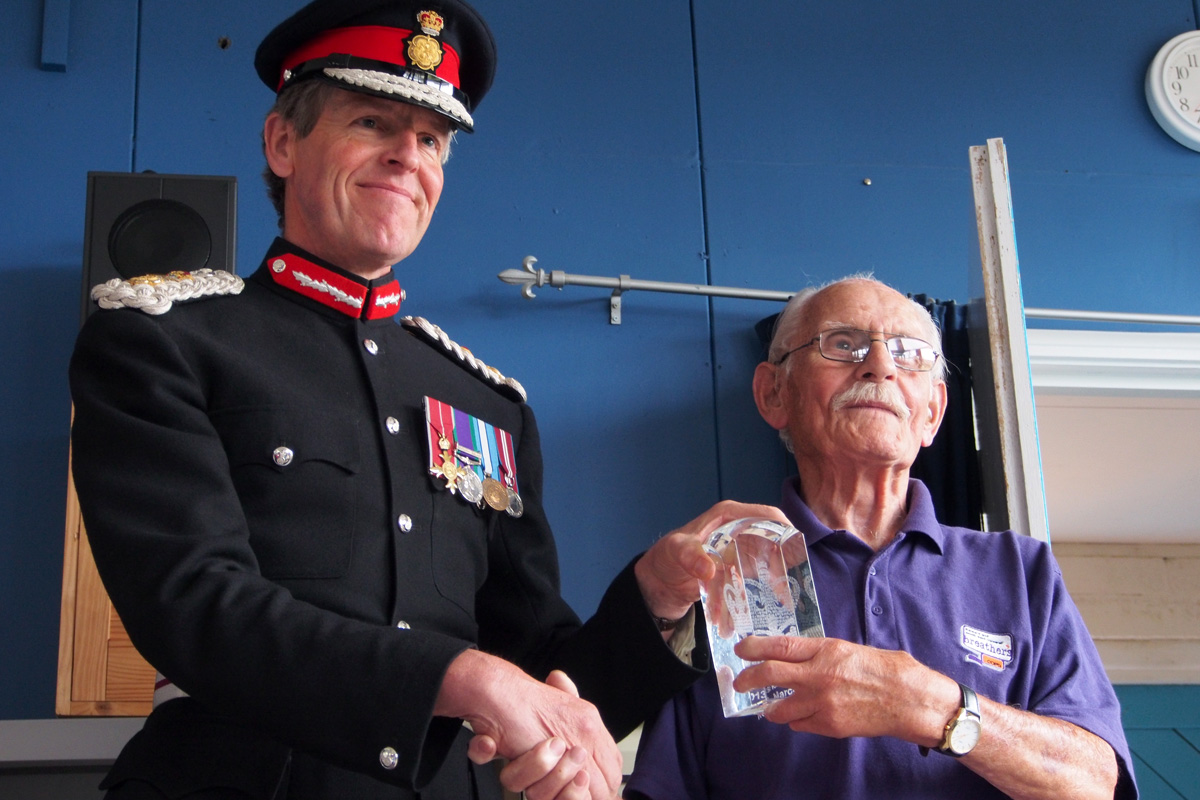 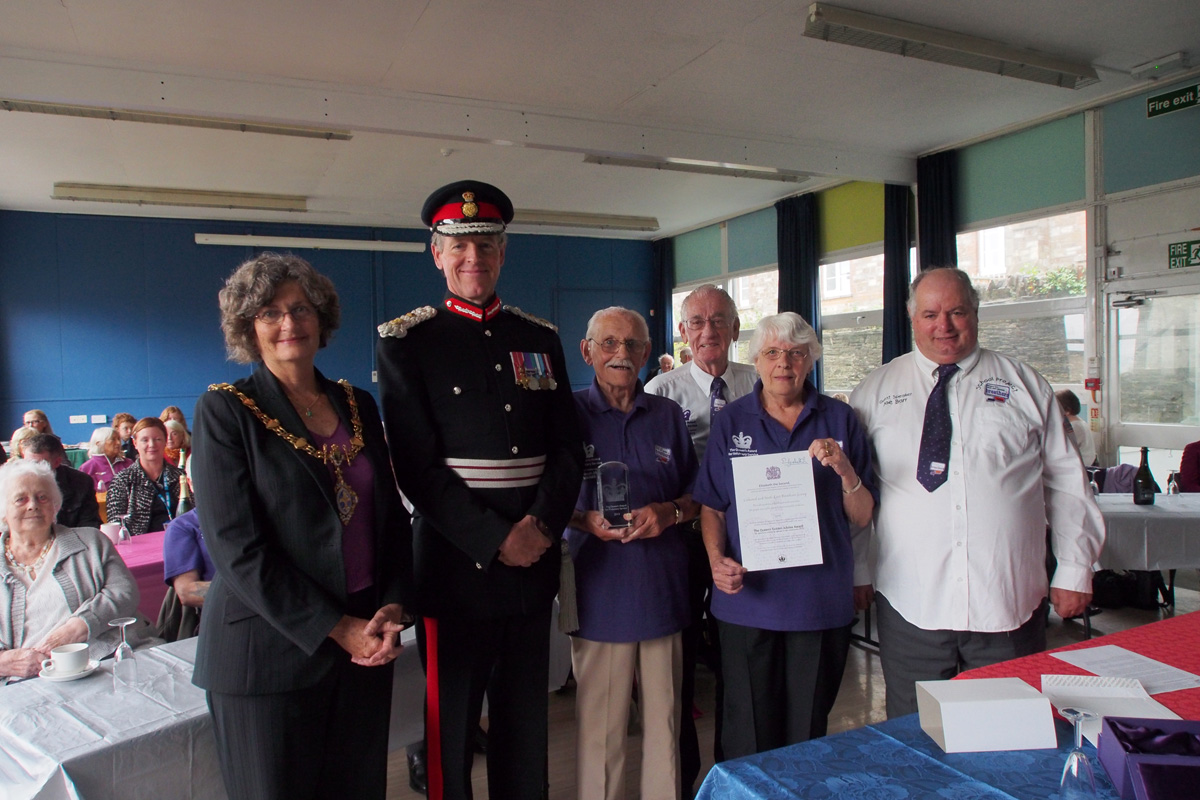 The certificate was then presented to the group, which was accepted by Maureen Lyons.
The group then posed for photographs with the Lord Lieutenant. 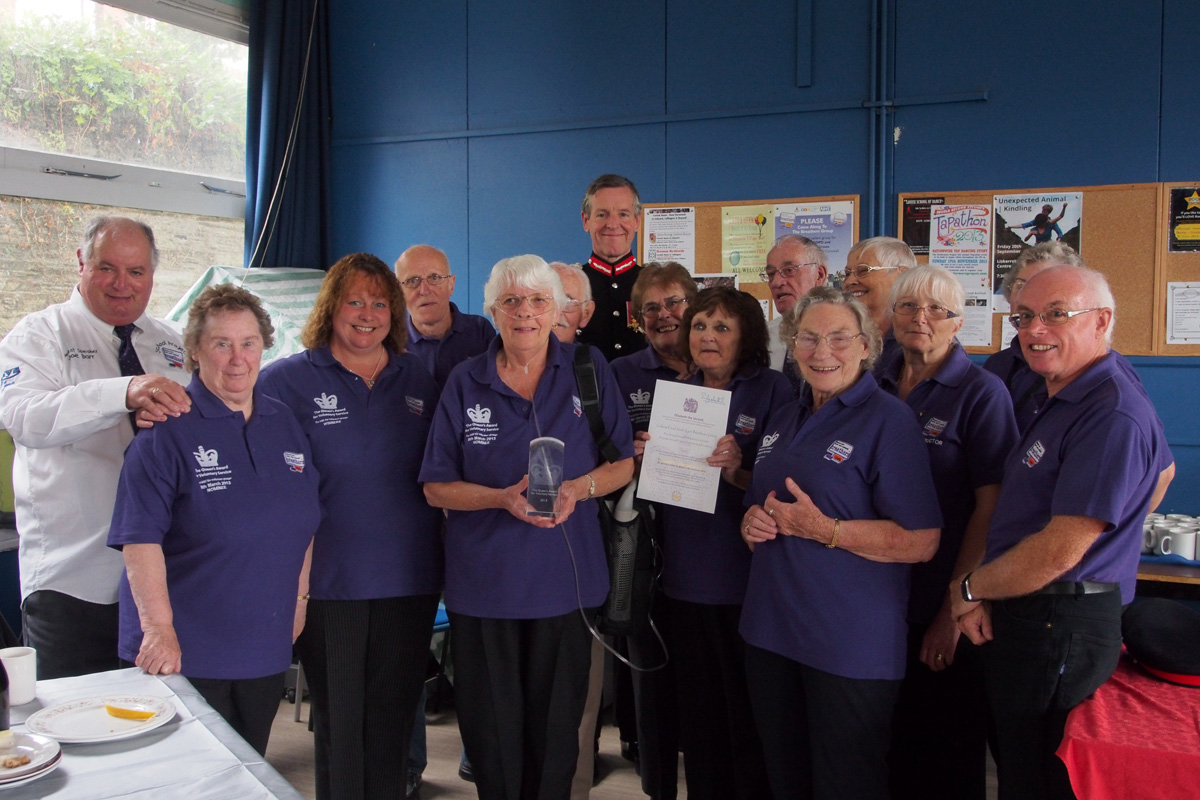 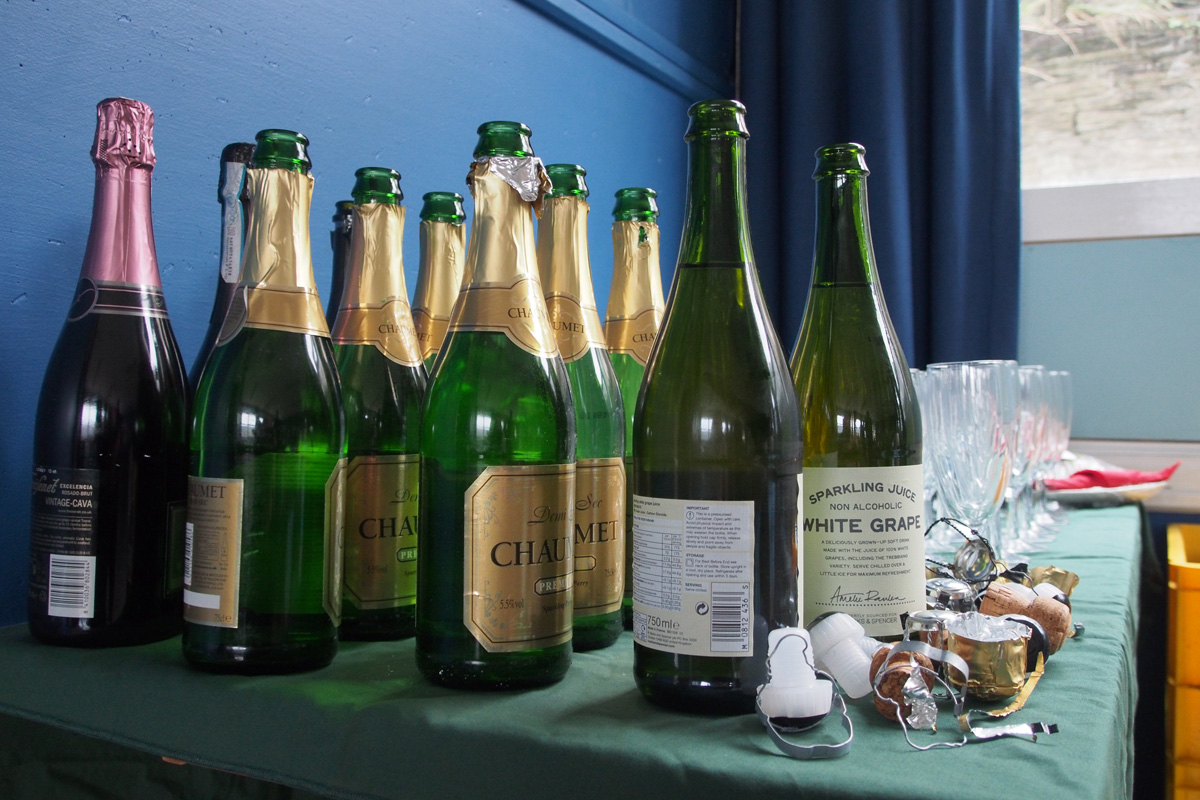 Followed by champagne and a buffet provided by the Hub Cafe from the Liskerrett Centre.

For more photos of the event go to the Queen's Award gallery page.