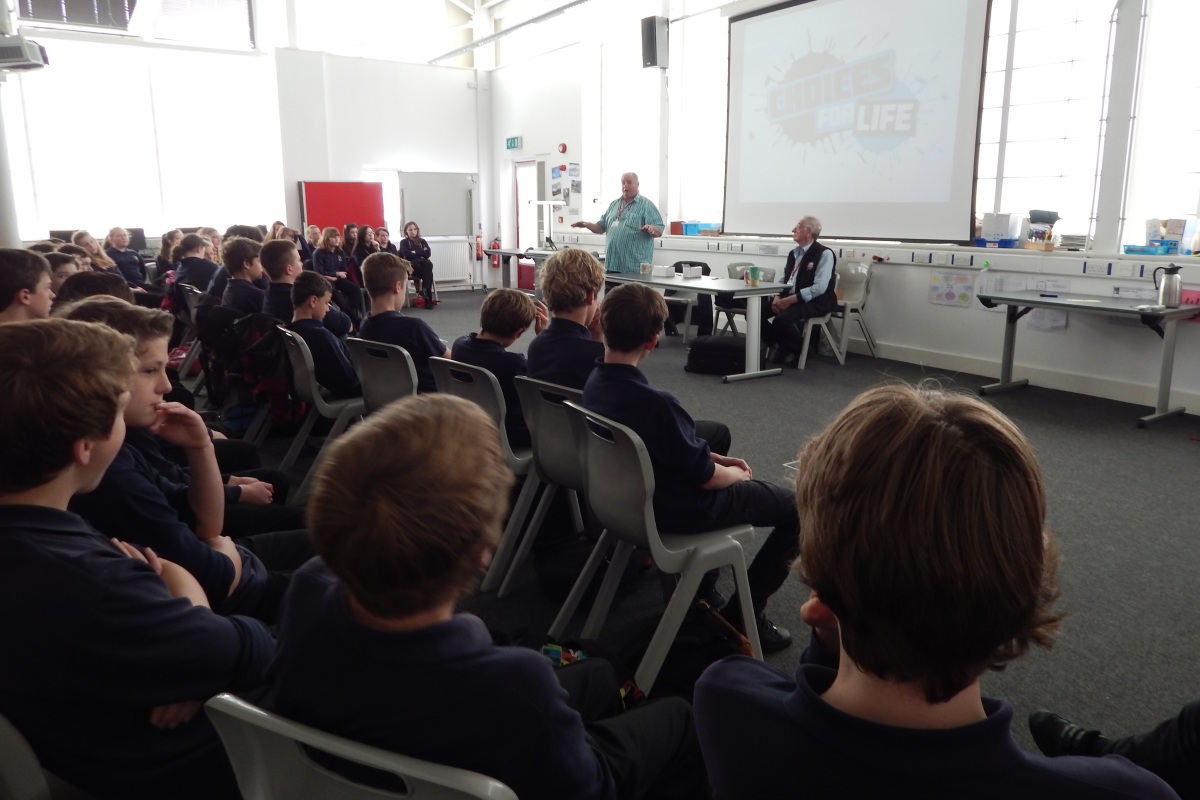 The Schools Project in action at Callington College

Soon after the Breather's group was formed, Joe Barr, one of the founder members, approached Mrs Bryant, the head teacher of Liskeard School, to ask if he and Mick Elliott could give a talk to some of the pupils about the health and lifestyle problems that arise from smoking. She readily agreed and the Schools Project was born. Since that day Joe and Mick have spoken to over 10,000 students across many Cornish secondary schools.

According to the schools, the talks have had a significant impact in reducing the numbers of students who smoke. One school which conducted a survey before and after the talk found that the number of smokers had fallen from 25% to 15%.

Joe and Mick have become really well known in local schools and are popular with students. Some of the parents have come to know them too. One parent approached Mick in a local pub and told him "It's because of you I gave up smoking". When Mick asked him why, he replied "My son has told me about your talk in school and kept on at me until I gave up!"

Joe and Mick pull no punches, bringing in their oxygen tanks and carrier bags full of medication, along with various props showing the amount of tar and nicotine that end up in the lungs and pictures showing the damage that lungs suffer from smoking. One of the demonstrations involves the student having to breathe through a small straw while walking up and down steps, to let them experience the sort of impairment that COPD sufferers have to cope with.

To view more photos of the project in action go to the Schools Project gallery page.

If you would like Joe and Mick to come and give a talk to your school or organisation, please contact them using the information on the Contact Us page.